Things Not to Put in Garbage Disposal: 13 Foods to Remember 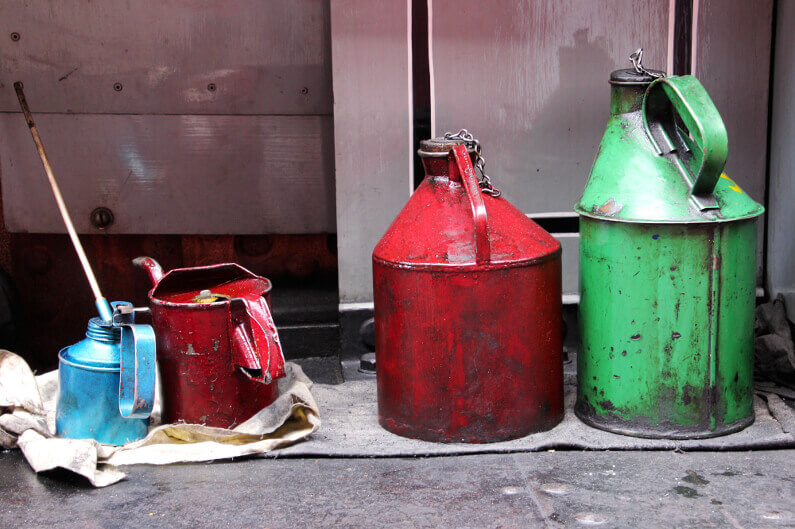 Did you know that studies show Americans throw out nearly a pound of food waste for every day of the year?

While you may be trying to cut down on food waste, it’s also important to make sure that you throw out any food you do dispose of safely. This means being careful about what you put down your garbage disposal.

While there are some items it’s safe to put down there (that’s why it’s called garbage disposal, after all), there are definitely some things not to put in a garbage disposal. Use this list as a reference, unless you want to be searching for a ‘plumber near me‘ in the near future.

You’ve just finished cooking up some crispy bacon, but now the pan is full of grease. What do you do now?

Whatever you do, don’t pour the grease down your garbage disposal.

The grease in the pan right after you finish cooking your bacon is liquid. When it cools, however, it will harden. If you pour this down your garbage disposal, it will harden in your pipes and can cause clogs.

There are a few options for how to better dispose of grease. Consider pouring it into an old food container, and then throwing it away. Or, you can try one of these bacon grease recipes to repurpose the grease.

It’s not a big deal if you rinse out your coffee pot and some grounds go down the sink. What you shouldn’t do, however, is dump all the coffee grounds from making a pot of coffee into the garbage disposal.

Coffee grounds may end up caught in the trap of your garbage disposal. This can cause them to build up like a thick, pasty sediment, which then creates a blockage.

Soft pieces of fruit typically won’t cause a problem for your garbage disposal. The hard pit of a peach or the core of an apple, however, is a no-go.

These harder pits won’t get ground up by the garbage disposal. This will cause them to get stuck.

Celery might not seem that tough. But have you ever bitten directly into a stalk of raw celery? You probably had a hard time getting a clean bite, and maybe had to deal with chewing through some tough fibers.

Both cooked and uncooked rice and pasta should stay out of the garbage disposal. This is because these food items swell when they get wet. When you run water down the sink, left-behind rice and pasta will swell up and cause blockages.

For a similar reason to rice and pasta, oatmeal should be kept out of the garbage disposal. While it’s not good for cooked oats to go down the drain, uncooked oats are even worse.

Eggshells might seem fragile and easy to break down. The problem with these shells, however, is that they have a thin membrane on the inside.

This membrane can get wrapped around the blade in your garbage disposal. Once this happens, this can cause your blade to be less effective, or can even cause it to get stuck.

Instead of throwing eggshells down the garbage disposal, consider using them for composting. They contain important vitamins and minerals that can be good for your garden.

Pieces of onion won’t usually cause problems for your garbage disposal. The onion skin, however, is another story.

It should go without saying that any animal bones, even smaller chicken bones, should not go down your garbage disposal. They can easily get stuck, especially if your pipes have bends in them. Also, breaking down bones can dull the blades of your disposal, which can reduce their longevity.

Think about the way peanut butter is made. Basically, peanuts go into a grinder, and they get pulverized until they form a thick paste.

Your garbage disposal works in a similar way, with a blade that breaks down the food that gets thrown down the drain. If nuts go down the drain, the blades might make them into a thick paste. This, in turn, will clog your drains.

Potato peels are thin enough to slip past the blade in your garbage disposal entirely. For this reason, instead of getting broken down, they will build up in your pipes. You’ll know this has happened if you try to run some water and find that the sink isn’t draining.

If you’re doing a project with latex or oil-based paint, make sure it doesn’t end up in the garbage disposal. For instance, don’t rinse off your brushes in the kitchen sink.

This is because the paint can cling to the sides of the disposal or the pipes. Once this happens, it can harden and cause a severe clog.

Often, when homeowners notice a clog, they immediately turn to harsh cleaning chemicals to open it up. This might be okay to do once or twice, but over time they can create wear and tear on the pipes.

If you need to clean off your garbage disposal, try putting some ice cubes down the disposal. Grinding up the ice cubs will help clean off the blades.

With this list of things not to put in a garbage disposal, you will be able to ensure that yours stays in working order.

But what if you’ve already put one of these things down the shoot? Well, first, don’t try to DIY the repair. Luckily, we’re here to help. If you need assistance with a clogged garbage disposal, contact us today for help.